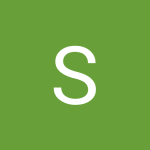 Hello readers, welcome back to the blog. As you know today is Eliminator Match between Royal Challengers Bangalore (RCB) and Kolkata Knight Riders (KKR) at Sharjah Cricket Stadium, Sharjah. RCB won the toss and opt to bat first.

We are going to bat first, looks like a great wicket, nice and hard. It gets tougher to bat here in Sharjah as the game progresses. No changes. A youngster steps up and wins you a game against a top side like Delhi. Very happy for KS. This is what this tournament is all about. Meetings have been pretty short and sharp. We have the ability to win games, nothing changes this being an Eliminator.

We would have loved to bowl first anyways. The toss doesn’t bother us. We are feeling confident within the group, we are starting to come good as a team.

RCB Scored 138 run with the loss of 7 wickets. Virat Kohli scored the highest 39 runs in 33 balls for his team and KKR bowler Sunil Narine take 4 wickets by giving 21 runs in 4 overs. KKR won by 4 wicket. Sunil Narine was the biggest contributor to KKR’s victory, The Player of the match of this match was Sunil Narine.

Best ways to do local marketing in low budget